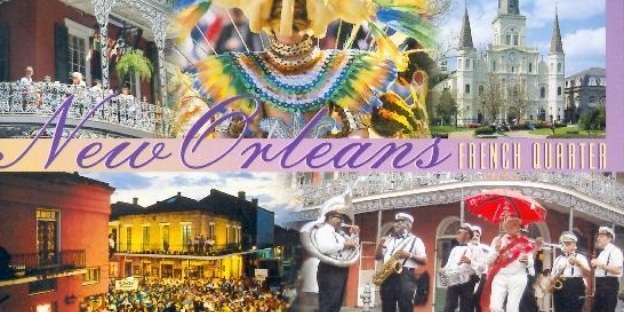 I’m originally from Florida, so we have traveled to Florida on Vacation a million times! Therefore, needless to say my Daughter is burned out on Disney and Universal Studios!  This is my  Daughter’s Senior Year in High School and she is asking to go somewhere different, other than the usual Spring Break Spot of Panama City Beach (PCB).

So in true Go 2 Rose  fashion, I began to look for somewhere different to Vacation.  I came across the Mississippi Gulf Coast.  I know what your thinking “Mississippi?”  “Vacation, New Orleans Spring Break?” I was thinking the same thing!!! However, I was pleasantly surprised.  The Missisppi Gulf Coast is lined with beautiful White Sandy Beaches and Biloxi is like a mini Vegas and April is a great time to Visit New Orleans because the French Quarters Festival was held on the 2nd week of April this year!   Great Place to Vacation!!!

So I’ll final stop on Spring Vacation is New Orleans Beeeeby!!! We  stayed at the Sheraton Hotel in Metairie, just outside of New Orleans.  This Hotel is not as Fancy Smancy as the Golden Nugget, but that okay because most of our time in New Orleans was spent outside the Hotel!  This Hotel is very clean and quiet but the parking Deck is a complete nightmare! 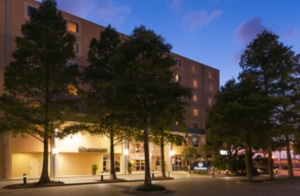 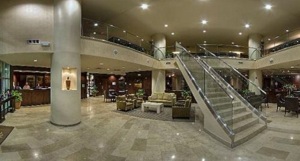 Our first night in New Orleans we headed down to Bourbon Street in the French Quarters to eat and site see.  Our first stop was the Hard Rock Cafe’ New Orleans.  The food was okay. Chain restaurant type food.  But the Twisted Shake with Bacon and Bourbon was to live for!

While in the French Quarters we decided to enjoy the all the excitement of the Bourbon Street at night!  So vibrant and fun!  However, I wouldn’t advise taking young children or teens under the age of 17 on Bourbon Street after dark.  Bourbon Street is lined with Night Clubs, Bars, and Adult Entertainment Clubs with Bouncers who are on the streets attempting not to keep you out but to pull you in!  Since I had (2) teens (ages 17 and 18) and a 21 year old  we just strolled the streets, stopped by a few novelty shops, and collected beads (without showing any boobs of course).  We all had fun just being there! 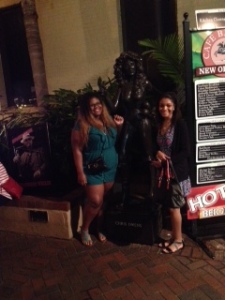 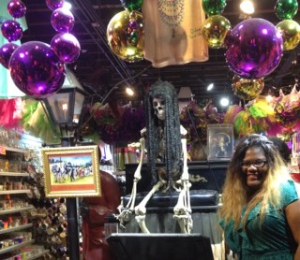 Our Second Day in New Orleans we headed down to the French Quarters for the French Quarters Festival!  This was a fun experience that I would suggest to anyone headed to or in the New Orleans area around the second wee in April. The Festival is free, but the parking is pretty steep! So if your hotel is near by, I would suggest walking there!  The  French Quarters streets are lined with Vendors, Food, Live Bands, Concert Stages, Street Performers, Art, and Oh! did I mention food?  We made sure that our first stop was to Cafe’ Dumonde for some fluffy, fried, powder sugar deliciousness called beignets!! Then we strolled the streets to enjoy the entertainment of Bands, Dancers, Free Concerts, and Art!  After all of the Festivities we headed to Willie Mae Scotch House for the BEST FRIED CHICKEN in America!  (Visit Foodie for all the Yummy Details -COMING SOON-) 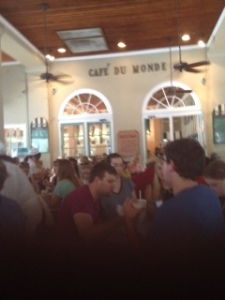 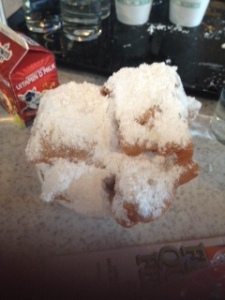 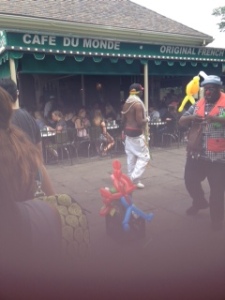 The lines for Beignets are very long at Cafe’ Dumonde. However, there is plenty of characters to keep you entertained while you wait! 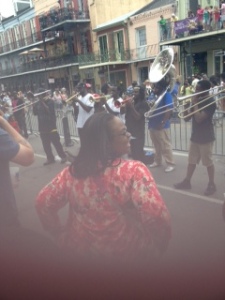 Live Band and Street Performers made the atmosphere very live, festive, and fun!!!

New Orleans Police Officers were very present at the Festival. However, very friendly

Only in New Orleans will you find a Man completely covered in silver!

Willie Mae’s Scotch House Best Fried Chicken I have ever had in my life!!

After a Fun Day at the Festival, we headed out to the do a little shopping at the Garb Boutique.  A cute little Boutique on Magazine Street in New Orleans owned by Toya Wright (Lil Wayne’s Ex-wife / VH1 Reality Stars). My daughter sent me their on my first trip to New Orleans to purchase her a Garb Tee,while she was on a free trip with friends to New York. So of course we had to make a quick stop by.  Out of all the cute clothes and accessories I have to say that my most favorite are the candles at Garb!  The smell delicious and they burn really strong without aggravating allergies (not mine at least) 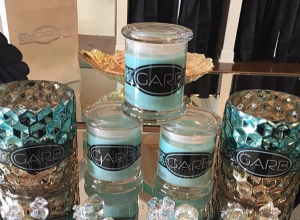 Shopping at Garb Boutique on Magazine Street in New Orleans

So the first time I visited New Orleans about 3 years ago. I stumbled upon a place on Magazine Street called  Honey Deux’s and I tried a drink called Bubble Tea!  Best Ever!  It’s Similar to a fruit Smoothie.  However, they have these little bubbles at the bottom of the cup that  burst huge fruit flavor in your mouth!  So since we were on Magazine Street I told my daughter and her friends that we had to! No if, ands, or buts about it! had  to stop by Honey Deux’s for Bubble Tea!  Of course I was SUPER SAD when we got to Honey Deux’s and they were closed for repairs.  But my mind was set on Bubble Tea!!!  So in true go2girl fashion.  I googled Bubble Tea in New Orleans and a place called Namese which was clear across town on Tulane Ave. But trust me! The ride was well worth it!  This is actually a full fledge restaurant  and we had to order our Bubble Tea from the Bar.  They offered many flavors and they allowed me to customize my own.  Mango Melon.  OMGoodness!  This was soon Delicious!  Make sure you request the fruit bubbles at the bottom of your Bubble Tea and not Tapioca!  I almost made the mistake of not doing so.  Next time I’m in New Orleans I’ll be sure to stop by Namese! 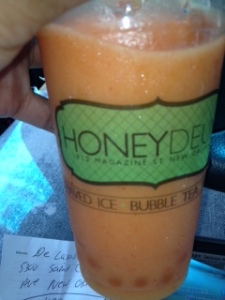 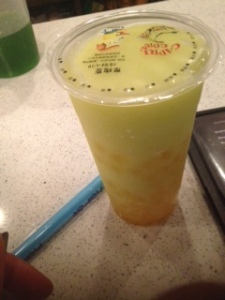